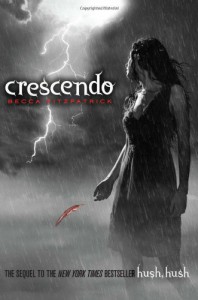 Wow this book was good I think the fact I didn't know who to trust or where it was going is what made its so good and the cliffhanger at the end has made me want to continue with the series asap, it was like it ended in the middle of a conversation.

Quite a few of the characters annoyed me in this one but think I it was because all the secrets that were going on, and I kind of forgave Patch as there was a reason he was acting the way he was. I'm also hoping Vee was acting like that because of Rixons influence because I don't think she needed to go on so much about how bad Patch was ALL THE TIME.